So Much Potential in Resveratrol 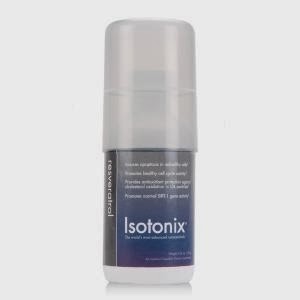 Polyphenols are compounds known to have antioxidant functions that protect the body from several damages, such as the very common stroke and cancer. A member of this plant compound group is resveratrol – found in red grapes’ skin, berries and peanuts.
Resveratrol is famous to have so much benefits for the body. It’s not at all surprising, therefore, that so many manufacturers have been making money out of supplements from this compound. Capsules of this compound sold in the US have extracts obtained from Chinese and Japanese knotweed plant. Some supplements are made from extracts from red grapes and even from red wine.


Resveratrol has been getting a lot of attention lately. Mostly, people have been using it because it has anti-aging benefits, as well as because it’s a good fight against a lot of diseases. Scientific studies made on animals suggest that the said compound can help prevent heart diseases, cancer, Alzheimer’s and even diabetes.


Resveratrol reduces inflammation, thus preventing the oxidation of the bad cholesterol. It also makes it challenging for platelets to stick to each other and form clots that lead to heart attack. Cancer is prevented by resveratrol by triggering apoptosis or cell death, consequently limiting the spread of cancer cells in the body. Resveratrol, even more so, protects nerve cells, thus lowering the chances of Alzheimer’s disease. Insulin resistance is prevented. In that way, the body’s sensitivity to hormones that lower blood pressure is lessened.


Studies on rodents have, furthermore, proven that resveratrol increases one’s life-span. Mice that were treated with the compound lived longer than the control group. Obesity-related problems have also been observed to improve.


On the downside, even though it has lots of benefits, resveratrol still has some side effects. For instance, it’s interesting how all of the benefit studies have been done on animals only. It’s still not absolute if the same effects can be expected on humans. Long-term effects on the compounds are not known, as well. So far though, it’s comforting to know that there still are no extreme side effects even if people take the compound in large amounts. However, it must be noted that interaction of resveratrol with blood thinners and nonsteroidal medications increase the likelihood of bleeding.


Resveratrol, just like most supplements, is not regulated by FDA so getting a bottle doesn’t exactly assure safety and effectiveness of the compound. There is also no dosage recommendation, which makes the usage of the supplement even vaguer.  As a whole, it is refreshing to know that there exists such compound that’s got so much potential to improve health and cosmetics.