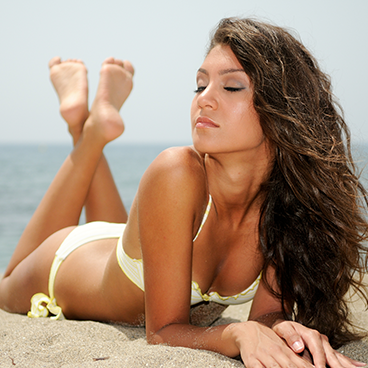 Not a big fan of the sun? On a strict vegetable diet? Not a dairy lover? Oh no, you’re probably vitamin D deficient! That’s not exactly the best news since vitamin D is necessary to keep your bones healthy. You get vitamin D from the sun, but you can get decent amounts from fish, milk, grain and egg yolks too.
Now it’s long been known that vitamin D deficient people suffer from rickets – it’s when the bone tissue doesn’t mineralize well, thus leading to weak and soft bones. Recent studies, though, have shown that vitamin D is also essential for other bodily aspects, and thus, the lack of it can cause several health problems.


When your bones hurt and you feel like your muscles are weak, you’re probably deficient of this essential vitamin. Most of the time, symptoms are not so obvious. Still, that doesn’t mean your body isn’t harmed. Once the vitamin exists in such low levels inside your body, likelihood of heart disease is increased, cognitive impairment among old people happens, asthma occurs, and worse, cancer starts to exist.


Why does vitamin D deficiency occur though? For starters, it could simply be because one doesn’t take enough of the vitamins. This could be caused by one’s own diet. Vegetarians don’t get a lot of vitamin D since natural sources of said vitamin are animals.


Apart from this, one may be vitamin D deficient because he or she doesn’t have sufficient exposure to sunlight. Vitamin D is made when the skin is exposed to the sun, so it’s logical to assume that those who live in poles or are fully-clothed all the time also have less vitamin D in their bodies. Yet again, vitamin D deficiency can be as natural as being simply caused by having relatively much melanin in the skin. You know you have lots of melanin when you have dark skin.


One other physical cause of vitamin deficiency is having a kidney that’s not very efficient or is totally incapable of converting vitamin D to its form that’s active. For some people, their digestive tracts simply cannot absorb the vitamin. Also, those who are obese are more likely to be vitamin D-deficient because the vitamin’s release is altered by the circulation.

Now that we know its causes, how do we know when the deficiency already exists? The most preferred way is through a blood test. 20-50 nanograms per milliliter is considered adequate. When it’s less than 12, vitamin D is deficient.


For those who are sure they lack vitamin D, treatment is very simple. Mostly, adjustments in diet have to be made. The person has to start taking more fish and its oil, dairy products and grain, for some. Supplements can also be taken. Just start spending time under the sun or meet up with your doctor.

Earn cashback when you purchase vitamin D.  Learn how @ ShopDealofTheDay.com