25 Minutes. 5 Days a Week. 100% Results.
The only thing standing between you and the results you want is TIME. Shaun T experimented for the last year to design a program that delivers the same kind of results you'd expect from an hour-long program, in under 30 minutes. He's pulled out the rest to give you everything you need, nothing you don't. The result is FOCUS T25—and the name implies the intent: If you focus your intensity for 25 minutes, and you do it 5 days a week, you WILL get results.

Benefits of Vitamin B12

Learn more @  Benefits of vitamin b12

Posted by Unknown at 8:15 PM No comments:

Email ThisBlogThis!Share to TwitterShare to FacebookShare to Pinterest
Labels: b12, b12 vitamin, Benefits of vitamin b12, vitamin b12 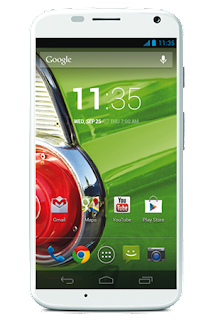 The search engine giant Google bought Motorola quite a long time ago from now on, but it took them a while to refresh the face of Motorola’s image in the mobile world. With the introduction of its phone, the Moto X the company ensured its competitors that it is still in the game. The search engine giant obviously wanted to not only handle some legal issues with their beloved OS – Android but also give others a peek into future as what Motorola and Google is capable of achieving and Moto X is just the beginning of the story.

The Usual…
Before we move on to the ‘unique selling point’ of this phone, let’s have a look at the usual and that are the specs of any phone. The phone is able to support Quad-band GSM/GPRS/EDGE, along with quad-band UMTS/HSPA, 100 Mbps LTE along with a secondary LTE antenna. Simple bar design with a 4.7” touchscreen RGB AMOLED display packing 316 ppi and covered with a curved Gorilla glass 3.

With Dual Core 1. GHz Krait CPU, it might have a bit less cores in CPU but performance seems snappy enough and the GPU is what you’ll find in most of the competitors - Adreno 320. In the chipset department, the company added its own Motorola X8 Mobile Computing System which is pretty much based around the Qualcomm Snapdragon S4 Pro chipset whereas 2 GB ram does well to support it.

You don’t get the choice to add an external memory card, but with two variants of phone with 16 and 32 GB internal memory it might be enough for many people, but there’s always an unhappy group who doesn't gets what they’re looking for. The primary camera is 10 megapixel auto-focus Clear Pixel camera with 1.4 µm-sized pixels, f/2.4 aperture, with native aspect ratio of 16:9 and is also capable of capturing 1080p videos at 30 fps. Secondary camera has 2 megapixels and is still good enough to capture Full HD video.

Obviously coming from Google, the phone has stock Android OS – Jellybean 4.2.2. In connectivity department, you’ll find Bluetooth 4.0 LE, Wi-Fi, GPS receiver, GLONASS, NFC, standard microUSB port with MHL and USB host and that is houseful. Battery seems to be decent enough at 2200 mAh, but might not be a huge one if you’re going to play with your phone the whole day.

The Difference…
The difference is also actually the unique selling point of Droid Moto X and that is the fact that you can customize the phone at Motorola’s website using their ‘Moto Maker’ and then place your order. It might not provide a lot of customization options you might be looking for but at the moment it’s more than welcomed and something many people have been waiting for quite some time.

Buying
In the beginning it might have been a bit pricey, but with more and more phones out – the price has dropped and made this phone quite an affordable choice, especially for US residents. Back in November and early December, Motorola dropped the price of Moto X No Contract by $150 giving quite some discount and you could still customize the phone with Moto Maker. Aside from the sweet offer, you’ll have to pay the usual $350 for off-contract Moto X and the overall price will vary a bit depending upon the version (16/32 GB and Developer’s Edition) you go for.

All in all, it’s one of the great phones out there on the market and obviously revived its company with the customization techniques which will surely improve in future. If you’re looking for some American taste in your phone then Moto X is your key, for non-US residents it might not really be important but it is still a great phone.  So, you should definitely give it a chance!